From 2000 to 2005 flotsam has engaged in a series of projects that contest municipal regulations restricting the use of sidewalks and streets. This work began in Chicago, a city that has, through the enactment of a number of constitutionally questionable anti-loitering ordinances, assumed a leading role in the nationwide assault on the publics’ right to gather and socialize in urban public spaces Loiter: A seven minute video documenting the first installation of the project in 2001 in front of Chicago’s City Hall. 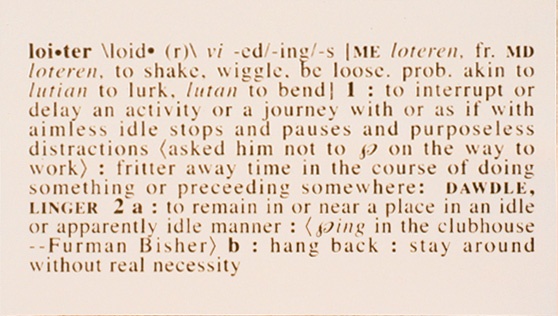