In the early spring of 2000, Holen Kahn and Edward Jay Rehm inaugurated a meandering collaborative venture with The Flotsam Project, in which they attempted to connect their homes, separated by a distance of slightly more than two miles, with a continuous line of everyday sewing thread. This project resulted in an installation that fictionalized material and emotional artifacts from our summer-long – and ultimately futile – efforts at threading. The Flotsam Project set into play an alternative deployment of urban space while considering the precarious nature of the collaborative act itself. Shortly thereafter, we took the name flotsam for our joint enterprise and have continued to create work that struggles toward a productive negotiation of criticality and pleasure. 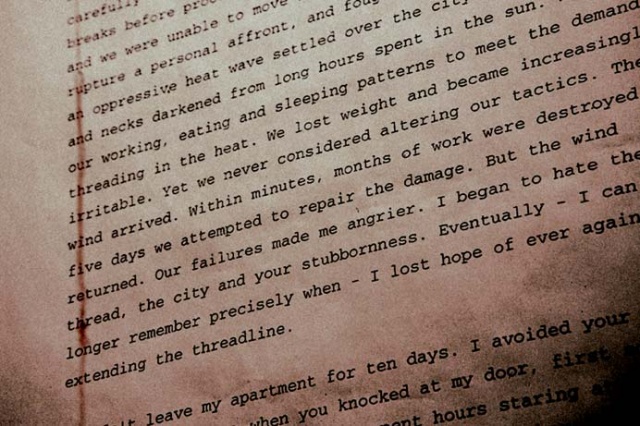