Corner Stitch: In 2003 Flostam occupied a fifth floor studio space on the corner of Lafayette and Walker streets, one street below Canal in the heart of New York City’s Chinatown. Cornerstitch aimed to bring together the disperate communities which we could see from our window, a dentists office specializing in childrens dentistry, an all women law firm, and a Chinese sewing factory. Generally estranged by the vastness of the corner, flotsam collaborated with our neighbors to thread the four buildings together with thin red thread, thus laying a precarious but gentle connection between the communities. The thread which was most visible at dusk ran remained up for three weeks until rain, birds and wind deteriorated it. 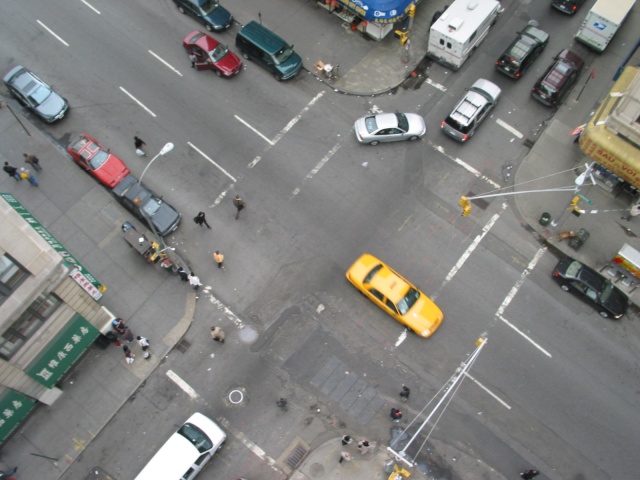